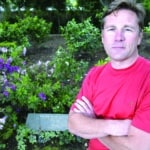 Don Listwin, Co-Founder – Don Listwin is founder of BelizeKids.Org. Don spent his career building the Internet highlighted by a decade at Cisco Systems.  Following a public company stint at Openwave building the mobile Internet, Don left the high-tech world to focus on cancer research in the field of early detection.
In 2004, Don created the Canary Foundation which has emerged as the world’s largest research initiative in early cancer detection. An avid scuba diver, Don and his wife bought property on Ambergris Caye and now live part time in Belize. Over the past 5 years, Don and his wife have invested in the children on the island by building and refurbishing schools and parks. In an effort to partner more closely with businesses on the island to support kids needs, Don founded BelizeKids.Org. 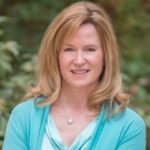 In Belize, the founders  have enthusiastically enlisted the input and assistance of the following community members. 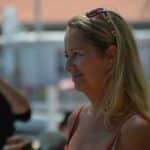 Rebecca Coutant, Co-Executive Director in Belize – After working as a New York

bond trader at Lehman Brothers, Rebecca visited to Ambergris Caye at age 32 and fell in love with the island and the people.  Soon, she was living here full-time.  She managed a busy  bar & restaurant and now writes Belize’s most popular independent blog, SanPedroScoop.com. It gives her a chance to travel Belize and meet people doing some really incredible things – on and off the radar. Rebecca has lived, full time, in San Pedro for 9 years. 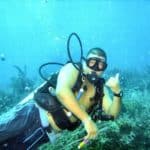 Gil Nunez, Treasurer in Belize – Gil has been working in the diving business for over 20 years in Belize. He started working part-time when he was 13 years old with Mr. Pedro as a boat-hand and first mate. Over his teenage years, he became very fond of diving and completed multiple certifications including his Open Water and advanced, to Rescue Diver, Medic and Dive master before the age of 20.

Gil’s instructional capabilities are unmatched on the island. He became a NAUI Instructor in 1998 and a PADI Instructor in 1999. Over the years he has earned instructor credentials for EFR Instructor, Master Scuba Diver Trainer, Specialty instructor in different categories such as night, navigation, multi-level & computer diving, deep, enriched air (EAN)x32 diver to name a few. 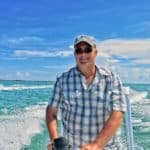 Jeff Spiegel, Co-Executive Director in Belize – After a decade of running a successful independent record label, Jeff moved from San Francisco down to Belize and opened a small boutique resort and restaurant, Azul Resort & Rojo Lounge. He served as the executive chef of the latter for 10 years up until the spring of 2015. Currently, he is in the final stages of opening a small remote fly fishing camp on the northern leeward side of the island. Jeff has lived full time on Ambergris Caye for 14 years.

In the USA, BelizeKids.org is a 501c(3) non-profit organization.

The US board of Directors are Don Listwin (President), Hilary Valentine (Treasurer) and Mark Evans (Secretary). 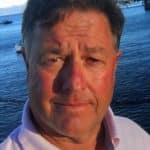 Mark Evans – Mark has 40 years experience in Advertising, Marketing, Sales, Business Development and Business Analytics. In addition to co-founding an advertising agency specializing in marketing strategy, public relations and advertising Mr. Evans has been an executive with various software startups as well as larger Internet tech companies such as Netscape, eBay and Google.